The double flag of the Republic of China 500 copper coins, as the largest copper yuan in China, is a trial casting sample coin. Should be one of the top ten copper dollars in the country. The right flag (national flag) on the front side is not engraved. It is molded when the mold is half finished. They are unique, rare and cherished. 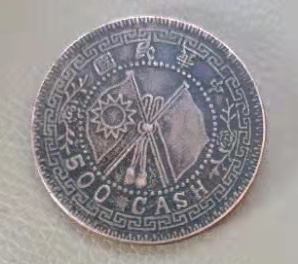 Five hundred copper yuan is the warlord ruled henan products. A large number of copper coins of different denominations were cast during the reign. According to the national flag pattern cast on the front of the coin, the time of the coin casting should be after the victory of the Northern Expedition when Liu Zhi was appointed to Henan Province. At the beginning of its reign, there were a large number of copper coins, and most of them were 200 copper dollars of large face value. It is understood that Henan Wubaiwen copper yuan is also a surprising work of its reign, perhaps because its face value is too large and opposed by all walks of life. This coin was not batch cast, and only a small number of sample coins were produced. Its extremely rare is certain, because this coin enjoys the reputation of the Chinese copper dollar, and more rare to find, it has always been one of the great reputation of the Chinese copper dollar treasures. 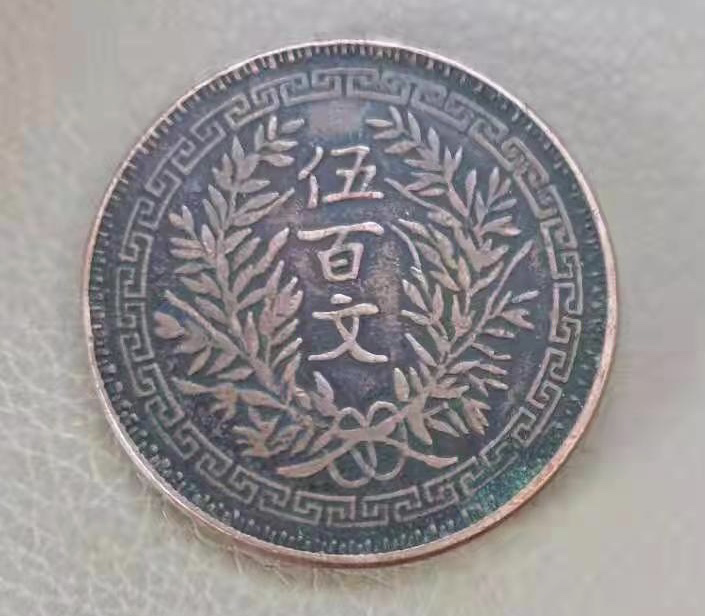 The national flag of the Republic of China is crossed on both sides of the central bell on the front of the coin. The outer ring is a bead ring. The upper margin is "the Republic of China". On the back is the face value of "five hundred", and with rice panicle composed of Jiahe map, outer ring tooth edge and decoration map. No discipline bureau Qian Wen. Because the face value is too high, it can not be carried out in circulation, rotary casting that stops, and today's existence is rare. This 500 copper coin is the first copper coin with a large face value cast in the history of copper coins, because in 1934, the Sichuan and Shaanxi Provincial Soviet Government also issued 500 copper coins. The five hundred coins of the double flag of the Republic of China were made by Henan Copper Yuan Bureau and later changed to "Henan Machinery Manufacturing Bureau" in 1933 as a trial sample coin, which was not formally circulated.

Made of henan in five hundred coppers in the early stage, due to the political and military reasons in henan, the overall plan, the currency on the decorative design understanding is consistent, but in the pair of Yin and Yang double emblem and flag the kuomintang schemes have significant differences, so Yin and Yang double double flag emblem and plan after the sample come out, did not pass, so redesign, to flag the kuomintang ChanYang emblem and plan, After the sample was produced, it was still not approved, so it was changed to the double flag Kuomintang single linear emblem, which was approved after the sample was made. At this point, the initial stage of making 500 copper coins is over, and the official sample stage is transferred. After the improvement of the scheme, the manual version of the sample into a mechanism version, this is the five hundred copper coins also because of the political and military reasons at that time was approved by the upper level and forced to stop production and stop circulation in the market.

Due to the double flag currency produced in the period of the republic of China, in the Chinese history of the republic of China only existed for decades, as a result, in frequent war during the period, shuddering and domestic money after the endless years, can still complete retention, is not easy, has the very high collection value of cultural relics, historical and cultural value and artistic value of tasting. Although the coin version of the Republic of China is more, but to be able to collect this kind of front engraved with "500" regular characters, printed on the reverse side of the "Republic of China" double-sided flag of the Quanzhen trial coin, also in today's collection market is not much seen.

Although this 500 article double flag copper coin has experienced endless years, the grain is still clear. The coating paste on it also witnessed the accumulation of its history. It has a very obvious historical transitional characteristics and has an indescribable collection value. Copper coins are well preserved, and the clarity of the coins and contours is good. They have high historical value, artistic value and collection value.