Since ancient times, porcelain has occupied an important position in China. Porcelain has a rich variety and can be classified into dozens of kinds in detail. Pastel is one of the major categories. It is listed among the four famous porcelain in China and is the only color porcelain comparable to blue and white. Because the pastel porcelain has soft color and fine and beautiful porcelain paintings, it is deeply loved by Chinese people. At present, there are many colored porcelain in the Ming and Qing Dynasties, especially pastel. In recent years, the price of pastel has been at auction for a long time. It can be seen that pastel porcelain not only has important artistic value, but also has high economic value. However, in recent years, a large number of fake pastel porcelain products have flooded the market. How to distinguish the authenticity is an important guarantee for collection. 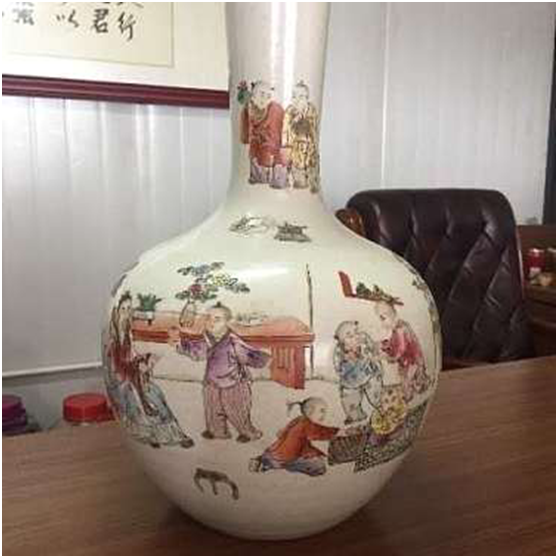 Pastel porcelain is a new variety of overglaze color created on the basis of the five colors of Kangxi and influenced by the enamel color making process. It was first seen in the late Kangxi period and became popular in the later dynasties. It is applied to the base of the burnt glaze with arsenic. It is painted with brush and washed with the brush. The color of the glaze is produced due to the effect of arsenic. The reign of Emperor Qianlong was the heyday of social development in the Qing Dynasty, especially in the field of art. Jingdezhen imperial kiln gathered a generation of famous teachers and craftsmen, which reached the peak of history in terms of quantity and quality. Therefore, there was "taking samples from the inside and firing them in the Imperial kiln". Among them, the pastels were developed from red and white to a variety of colors. Pastel is one of the most important varieties of porcelain in the Qianlong Dynasty. On the basis of Yongzheng porcelain, there is a new breakthrough. It has exquisite shape, colorful, rich patterns, cumbersome workmanship and no cost. 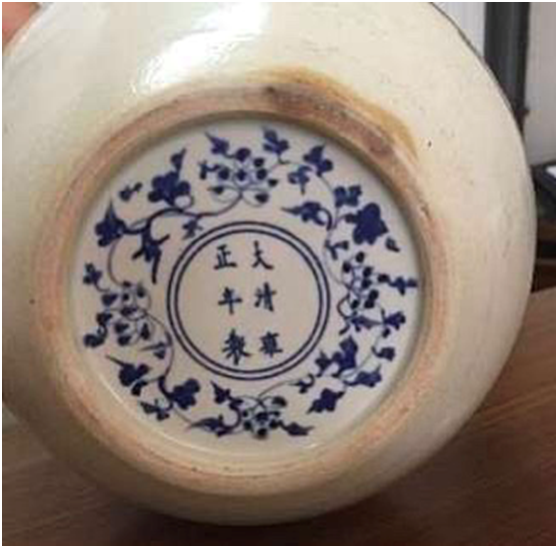 In the Yongzheng Dynasty of the Qing Dynasty, pastel entered its heyday. Yongzheng pastel has developed greatly on the basis of Kangxi pastel. It has reached an unprecedented height in terms of modeling, painting techniques and decoration. It can be called a representative work of pastel porcelain. Official and civilian kilns are produced in large quantities at the same time, and fine official kiln products can compare with enamel color. The reason for this achievement is that its ground glaze is of good quality. Both whiteness and transparency exceed the white glaze of Yongle in the Ming Dynasty. After measurement, the whiteness of the porcelain body of Yongzheng pastel plate reaches 77.5%. Mr. Chen Wanli, a ceramic historian, said: "the further improvement of Yongzheng white glaze meets the requirements of applying soft color on the glaze, so it receives the effect of mutual use and mutual benefit." Yongzheng pastel also has a high color material preparation technology. The color of enamel before and after firing is roughly the same, while pastel pigments are different. Except for red and black, other colors cannot be distinguished before firing. Trial firing must be carried out after pigment preparation, and formal color painting can be carried out only after meeting the requirements. After low-temperature color firing, the color slightly protrudes from the glaze, and the color surface has crystal luster, The edge of some pastel patterns also shows a rainbow like halo. Pastel painting techniques are diverse, and Guanyao is more exquisite, including flat painting, rendering, boneless, washing, chapping, dots, etc. it has both fine brushwork and freehand brushwork, which is rich in the charm of Chinese painting. The painted patterns are mainly flowers, birds, grass and insects. Figure story paintings are mostly indoor landscapes, with soft lines, slender ladies and beautiful faces. They are mostly lined with several cases, embroidered piers, Bogu shelves and other indoor furnishings. The pictures are left with a certain blank, showing a far-reaching and hierarchical sense. There are also magnificent landscape paintings with strong strokes and light colors. The pastel flowers, flowers and birds in Yongzheng folk kilns are rough, and the figure paintings are good at drawing knife and horse characters or the plot in drama stories. The color is thick and colorful, the carcass is thick, and the outer bottom of the carving ware is mostly sand bottom.

Pastel porcelain is another color porcelain created and burned by the Qing palace in addition to enamel color. The base of the burnt glaze is applied with arsenic. The pigment is painted and washed with a brush. The color of the glaze is produced due to the emulsion effect of arsenic. Among the numerous Qing palace pink colored porcelain, Cixi pink is simple and straightforward, rich and luxurious, and unique.

This celestial bottle of the character story of the pink baby play pattern is painted with the pink baby play pattern on the abdomen, and the child is playful and leaping in the bottle. The collection is accurate, the glaze is thick, the glaze color is smooth, moist, uniform and shiny. Beautiful shape and uniform glaze color. The appearance is smooth and the opening is even. It makes people intoxicated from a distance and close. It is worth collecting! Bottom payment: made in Yongzheng of the Qing Dynasty.